I’m have trouble picking my army’s for AdeptiCon!?!

This year will be my first AdeptiCon and I’m super excited! I’m going with my two best mates from the game club I’m in, and we are all signed up for GW games from Adeptus Titanicus, to Net-EA, and Necromunda and a few panels! And a lots of pick up games! 😉

I think I will bring a least one Epic army as I’m signed up for 2 games of Net-Armageddon or Net-EA for short. I’m considering ether Blood Angels or Emperors Children for a second army choice!

For killteam Im considered Rogue Trader Blood Angels or Orks or both if there’s room! 😉 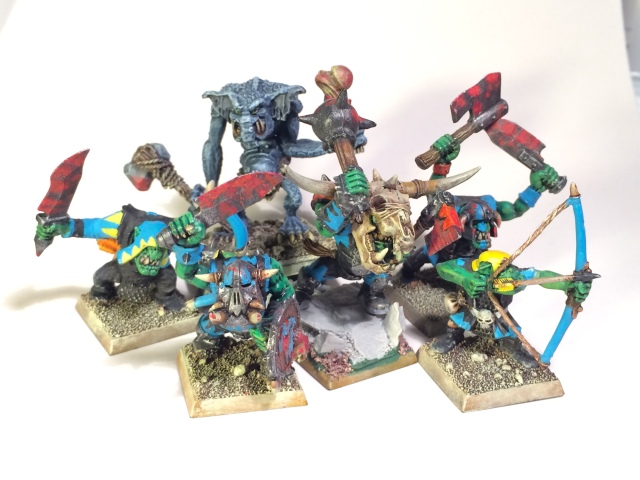 Fantasy Orks for pick up games of

And my Orlock gang for both my Necromunda after Dark games!

I would love to bring my House Esher but there not fully done yet and I only want to bring fully painted models!

The hardest thing has just been trying to make well rounded lists so I don’t get horribly murdered on the battlefields!

I’m not a skilled tactician so I tend to cover both offense and defense 😉 or just take models I like regardless of effectiveness;)

If your going to AdeptiCon I will be very easy to spot from across the room it’s hard to miss a 10″ tall black Mohawk —(:p so come say hi I’m always willing to talk at convention especially if you want to talk about table top war games 😀

See you in the wasteland … or AdeptiCon which ever comes first ;P

I am Crazy about table top war games! I love the hobby aspect of the table top war game and the infinite worlds I can create and escape too.
View all posts by vongutenboom →
This entry was posted in My Armies and tagged AdeptiCon, Epic 40k, Epic 40k miniatures, Necromunda, Rouge Trader, rouge trader blood Angels. Bookmark the permalink.